Medha is one of the leading manufacturers of Speed Recorders for Railway applications. These recorders are used on Locomotives and are similar in function to Black boxes in aeroplanes. Speed Recorders are used for monitoring the performance of Loco Driver and especially in the event of an accident the recorded data becomes vital for establishing the cause of accident.

Medha designed it's first Speed Time Distance Recorder MRT 912 in 1989. It was an innovative technology in Strip Chart Recording using a microprocessor, developed as a substitute for the Secheron, Switzerland made mechanical Speed Recorder.

Today Speed Time Distance Recorders are available in different models based on their application and Locomotive. For Diesel Locomotives various models like Memory based Speed Recorder and Event Recorder are available. Medha also supplies Test Equipment for these systems and custom speed sensors  that work with these Speed Recorders.

Basic Principle : The Axle mounted Speed Sensor generates a signal, whose frequency is proportional to the RPM of axle. Microcontroller in the Recorder computes speed and distance continuously and records in the internal memory as well as in the plug-in type memory card. A quartz crystal controlled, battery backed, RTC generates time signal for recording. Various locomotive parameters viz., Motoring Status, Dynamic Brake Application, Throttle Position, GR0, Horn Status, Transition Status etc. can be fed into the digital inputs of the system which will be recorded. All parameters are indicated in the Recorder and also they are transmitted from Recorder to Indicator Unit, mounted in the second drive cab, for display. 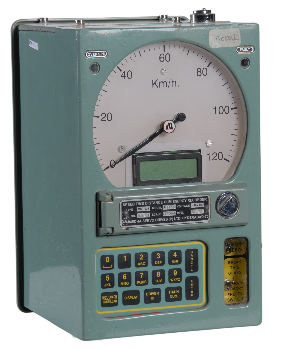 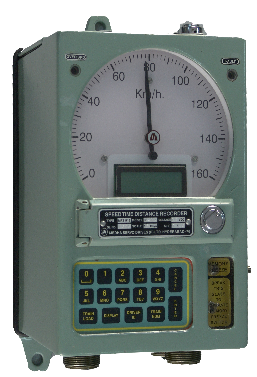 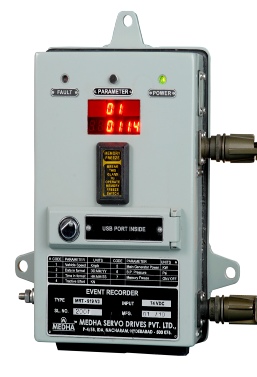